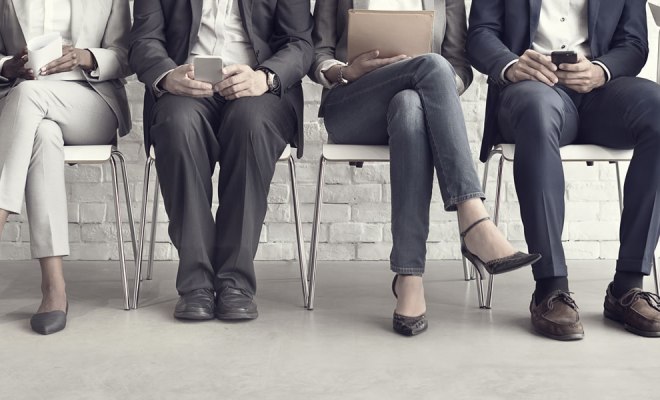 Over 200 fashion industry recruiters and hiring managers responded. Below are the results of the most recent survey and how they compare to the second-half of last year…

Over the next six months do you anticipate hiring for new positions to be greater than or less than the previous six months?

There isn’t a lot of difference between what was expected in the second half of 2016 and what is expected in the first have of 2017.  The good news is that there does seem to be at least some anticipated growth in hiring and we aren’t going backward.

How likely do you think layoffs are in the next six months at your organization, or if you are a recruiter at your clients’ organizations?

Similar to the previous question, this answer points to modest optimism about fashion industry recruitement.

Did your organization, or if you are an agency recruiter, your clients’ organizations, have layoffs in the last six months?

Compared to 6 months ago, are you seeing an increase in the number of candidates applying for positions?

Given the big layoffs of the first half of 2016 (notably Ralph Lauren and Macy’s), this is pretty much expected.

What trend do you see in salaries for new hires?

Based on these numbers, salaries over the next 6 months will be flat or slightly less than the first 6 months of the year.

What are your top 2 sources for talent for fashion-specific positions?

About 82% of fashion industry employers and agency recruiters name StyleCareers.com (or StyleCareers groups/career fairs) as their #1 or #2 source to find talent. This is actually an increase compared to last year. We are very proud of this.

Interestingly, LinkedIn seems to be fading somewhat and the traditional job boards are all but gone.

When looking for a new job, it is important to be where the recruiters are. While we encourage job seekers to use as many resources as they can, it is apparent that NOT using StyleCareers.com will greatly decrease your chances of getting a new job

Chris Kidd is the owner of StyleCareers.com, StylePortfolios.com, StyleDispatch.com, FashionCareerFairs.com and MayoroftheMall.com.