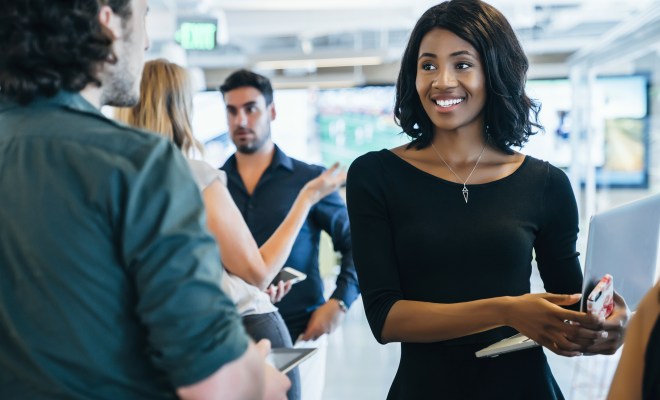 Love it or hate it, networking needs to be a part of your professional plan. You’ve upped your confidence, have had success and feel more comfortable with the process. Great. Be sure you know how to avoid the biggest networking mistakes so all your hard work doesn’t go to waste.

Biggest Networking Mistake #1: Not Following Up
It sounds simple enough. But you’re busy, and things that don’t require immediate attention often get pushed aside. With networking though, timing is everything. It’s not just about meeting the person at the right time, but following up in a timely manner. Imagine you had a great conversation, received your new contact’s personal information and don’t bother to follow up for a month or two after. At that point, your contact may be scratching his/her head trying to remember who you are. Within 24-48 hours of making a new contact, reach out. Let them know what a pleasure it was to meet and that you would love to continue the conversation you started at a later time. That next conversation may take place a few months in the future, but following up immediately will make all the difference.

Biggest Networking Mistake #2: Not Being Targeted
Your time is precious. If you want to make real progress and build meaningful connections, you need to be selective with the people you network with. Concentrate on joining more intimate networking meet-up groups. This way you’ll have more opportunities to really speak with people in a meaningful way. Not to mention, meet-ups are voluntary. Everyone there is looking to network and make connections. That’s not always the case with large conferences where many people may attend to fulfill a professional obligation.

Biggest Networking Mistake #3: Only Networking Up
It’s common to look to network with those more experienced. But those less experienced shouldn’t be overlooked. Especially if you’re trying to make a career move and you may need to take a step back. They may actually be the best people to ask. They are also just as capable of passing on a resume to HR or their hiring manager!

It’s common to look to network with those more experienced. But those less experienced shouldn’t be overlooked.

Biggest Networking Mistake #4: Being too Focused on Your Needs
You’re networking for a reason. But so is everyone else. When people look to expand their network, they (just like you) expect to gain something from the connection. Sure, you may connect with someone and get great advice, but if you’re going to have any sort of repeated contact, there has to be something meaningful for them in return. Be curious about the other person. Can you help them in some way or make a beneficial introduction even if they’re not asking? If you think there’s someone you should introduce them to, let them know.

Biggest Networking Mistake #5: Asking for too Much
You may want your networking efforts to lead to a new job. But asking for an introduction to the interviewer or someone at the company is a big ask. Certainly too much of an ask for someone who doesn’t know you well. Start small. The strength and depth of your network will develop over time. You need to cultivate relationships if you’re going to ask for things where people’s reputations are on the line. Ask instead for what’s easy to give. Ask for insight into a certain industry and how to leverage your skills, or for advice on what the best next step in your career should be or if you really need to get that MBA. And of course, not matter how small the ask, a big thank you is always in order.

Michele Mavi has nearly 15 years of experience as a recruiter, interview coach, and resume writer. She is Atrium Staffing’s resident career expert, as well as director of internal recruiting and content development. She also founded Angel Films, a division of Atrium Staffing focused on the creation of recruiting and training videos.

For over 20 years, Atrium has been partnering with the most in-demand brands and fashion houses in the world, placing freelance and full-time talent in jobs they love.